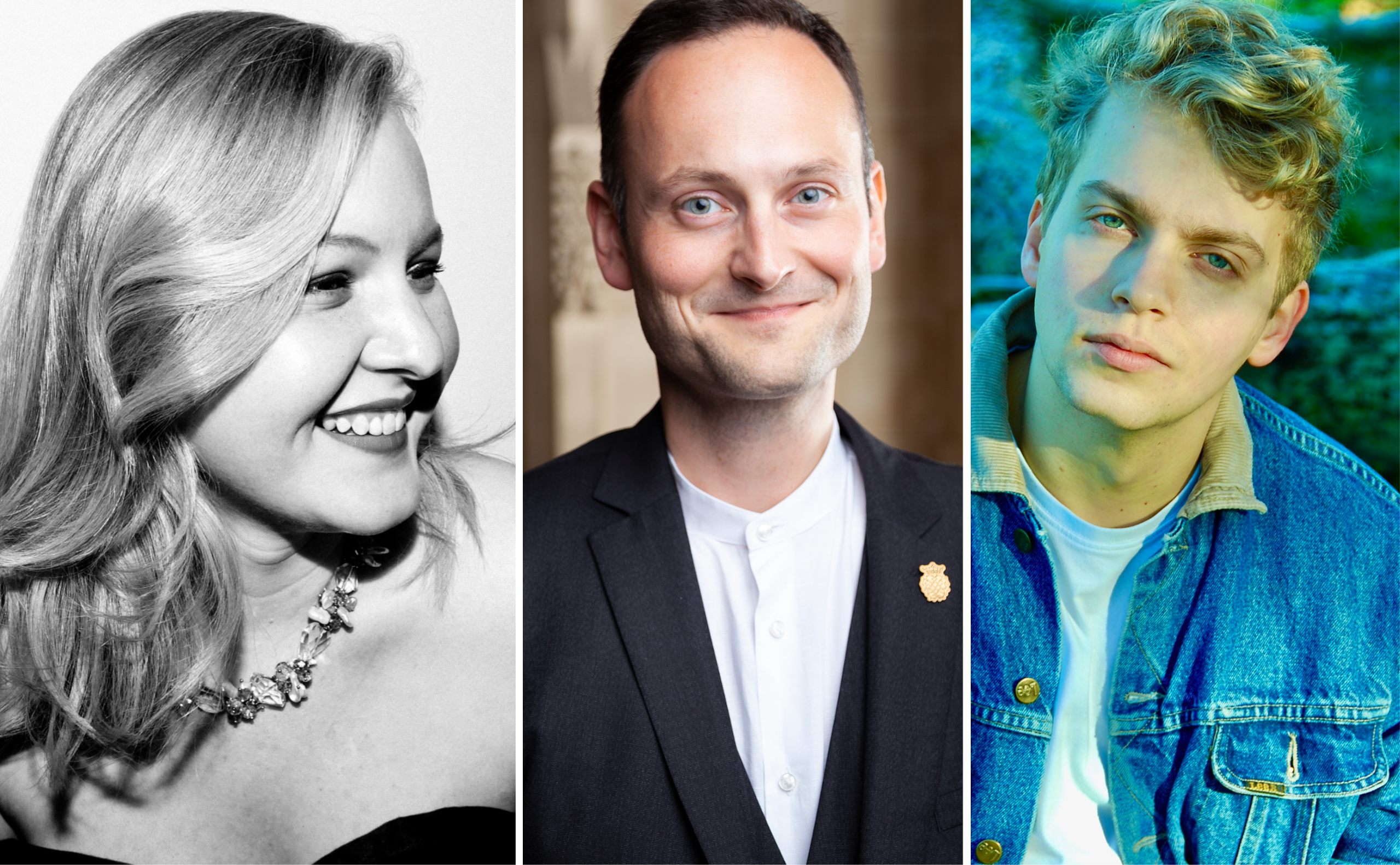 In 1714 Johann Sebastian Bach was made Konzermeister of the Weimar court orchestra. With this appointment came the responsibility of providing a cantata, once a month for the Sunday services in the court chapel. Though comparatively few in number Bach’s Weimar cantatas nevertheless are striking for their formal, technical and expressive variety. The solo cantata 199 ‘Mein Herze schwimmt im Blut’, written for the 11th Sunday after Trinity, 12 August 1714, is scored for a soprano voice with an orchestra consisting of an oboe, strings and continuo. The text is concerned with repentance and is based on the appointed Gospel which tells the story of the Pharisee and the publican (Luke 18, vv. 9-14), and Bach takes us on a journey across three arias, each preceded by a recitative with unparalleled skill and affecting contrast: the first is a poignant, grief-laden supplication, whose expressive intensity, contained both in the vocal and instrumental writing, recalls Bach’s earlier masterpiece, ‘Ich hatte viel Bekümmernis’ (BWV 21). The second, scored for strings only, brings Handel to mind in its broad, sweeping gestures. The third aria, in the character of a gigue, is scored for oboe and strings and dispels the darkness away.

Cantata 170 ‘Vergnügte Ruh, beliebte Seelenlust’ was written for the 6th Sunday after Trinity, 28 July 1726. It is a solo cantata for alto, and instead of drawing on the bible, the text of this cantata is a free poem by Georg Christian Lehms (1711), based on passages from the Sermon on the Mount dealing with man’s malice, his miserable existence and his longing for peace in death. The greatest misery comes to those who do not believe, according to the text. In the aria ‘Wie jammern mich doch die verkehrten Herzen’ (no. 3) they have lost the very ground under their feet: Bach silences the ever‐present continuo and mounts the movement on a thin thread spun by the violins and viola (‘Bassettchen’). But perhaps the most appealing movement is the opening aria which, as John Eliot Gardiner puts it, is “pure enchantment, a warm, luxuriant dance in 6/8 in D. You can almost feel Bach’s benign smile hovering over this music, an evocation of ‘Himmelseintracht’, ‘the harmony of heaven’”. One sees why Bach’s eldest son, Wilhelm Friedemann, would have been keen to revive this aria in Halle in 1750.