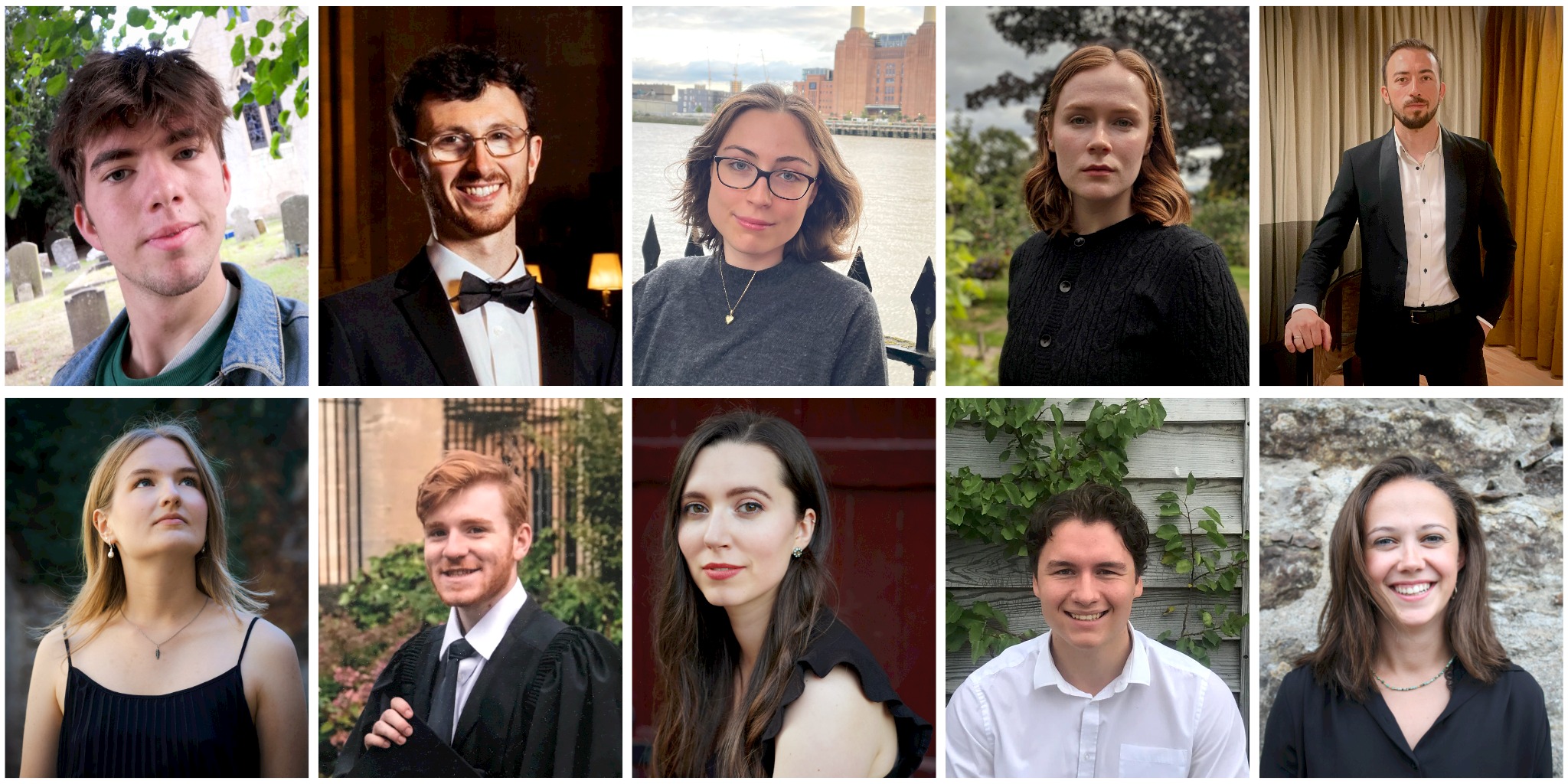 These young aspiring soloists sing with the Oxford Bach Soloists across the academic year from September to August. They make up the core of the chorus and help to maintain its musical integrity, and develop their own talents by taking on the challenges of step-out solos during our concerts. German language coaching is also provided as part of their training.

We are very grateful to our donors for supporting the Choral Scholarship programme. This year’s cohort has been generously funded by The Fenton Arts Trust, as well as our Friends in the Dresden Court and a number of private donors who wish to remain anonymous. You can find out more information on our benefactors here.

Friends in the Dresden Court support young singers through our Choral Scholarship programme. You, too, can give this transformative opportunity by joining the Dresden Court from just £83.33 a month (£66.66 with Gift Aid).

We are incredibly grateful for the generosity of a number of grant-making bodies who support our Choral Scholarship programme. We are always keen to develop relationships with Trusts and Foundations whose missions align with what we do. To find out more, please contact Katie Ambrose katie@oxfordbachsoloists.com

Find out more about our individual Choral Scholars of 2022-23 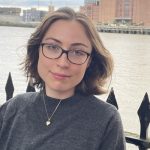 Saskia Bibb, Soprano
Saskia recently graduated from Oriel College, Oxford with a first class degree in Maths and Philosophy. She is currently a choral scholar with the Oxford Bach Soloists and studies with Sarah Tynan. While at Oxford, she sang with the Choir of the Queen’s College, Schola Cantorum, the Magdalen Consort of Voices and the Choir of St Michael at the North Gate. During this time Saskia was the recipient of the 2020 Kath Topping Vocal Award, and gave several recitals including in New Chamber Opera’s series. She was also a member of the ensemble in the Oxford Playhouse’s production of Sweeney Todd. Prior to Oxford, she sang with Choir of King’s College London and Canterbury Cathedral Girls’ Choir. 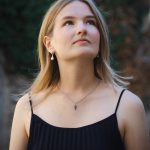 Daisy Livesey, Soprano
Daisy joined the Royal Academy of Music in September 2021 on the Undergraduate Vocal Studies course with a scholarship, and is taught by Alex Ashworth and Iain Ledingham. Daisy’s musical beginnings were with Oxford Girls’ Choir, when she sung as a soloist and chorus member in performances such as Handel’s ‘Semele’, and Purcell’s ‘Dido and Aeneas’ and ‘The Fairy Queen’ at SJE Arts, directed by Richard Vendome and Rory McCleery. At the Academy, she has worked with John Butt, Eamonn Dougan, Iain Ledingham and Philippe Herreweghe as a choir member and soloist in the Bach series concerts. Other recent engagements include a Bach B minor Mass with the Waverley Singers directed by Richard Pearce as the Soprano 2 soloist, and singing the Soprano solos with the Civil Service Choir in Dan Forrest’s ‘Jubilate Deo’ at St John’s Smith Square. As well as starting as a choral scholar with Oxford Bach Soloists, Daisy has been appointed the Soprano scholar for Thames Philharmonic Choir this year directed by Harry Bradford. 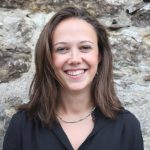 Lizi Vineall, Soprano
Lizi is in her fourth year studying German and Linguistics at the Queen’s College. She recently returned from her year abroad in Munich, where she studied with Julian Prégardien at the Hochschule für Musik und Theater München. She first came to music through the cello, playing in orchestras and chamber groups in and outside of school, including a solo performance of Bruch’s Kol Nidrei at St John’s Smith Square in 2018. Lizi started singing lessons at eleven, and sang in various choirs and smaller ensembles through school. In Oxford Lizi sings regular services as a choral scholar in Queen’s College chapel choir, alongside services with the Magdalen Consort of Voices. She is currently learning with Carys Lane and Giles Underwood. 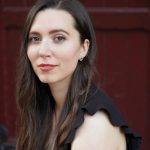 Louise Ashdown, Mezzo-Soprano
Louise Ashdown is a Canadian mezzo-soprano and recent graduate of the Royal Northern College of Music. Now based in Berkshire, Louise frequently sings with Kantos Chamber Choir and previously sang with Salford Cathedral Choir, the University of Alberta Madrigal Singers, and as a Choral Fellow at the Yale School of Music Norfolk Chamber Music Festival. As a soloist, she has been featured in works by Purcell, Vaughan Williams, and Handel. Operatic highlights include Nancy (Albert Herring), a Hen (The Cunning Little Vixen), and chorus in La Traviata and Le Comte Ory. Louise currently studies with Welsh contralto Hilary Summers and is thrilled to be an OBS choral scholar this year. 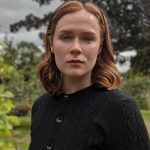 Charlotte Sleet, Mezzo-Soprano
Charlotte is a recent graduate from the Royal Birmingham Conservatoire and is the first female lay clerk at Hereford Cathedral. She is a student singer with the Philharmonia Chorus and was previously an Ex Cathedra student scholar. 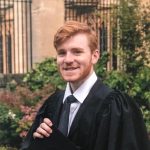 Maurice Cole, Tenor
Maurice is about to start his second year studying Music at Magdalen College, and singing as an Academical Clerk for the college choir. Before Oxford, he sang at the Brompton Oratory Church in London for several years. Aside from his musical exploits, he has a background in theatre, appearing in a Dr Who Christmas episode among other TV roles. 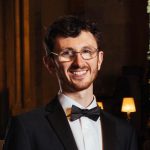 Colin Danskin, Tenor
Colin is currently a tenor lay clerk at Magdalen College, Oxford and spent the last two years as a choral/lay clerk at The Queen’s College and St Michael at the North Gate. In 2019-20 he studied Solo Voice Ensemble Singing at the University of York. He spent five enjoyable years as a secondary school music teacher in north-west London and continues to teach privately. Colin studied music at Cambridge as an undergraduate, where he spent a great deal of time playing the trumpet in a variety of classical and jazz ensembles, joined a folk band, and discovered the world of chapel choirs and evensong. Last year he was Co-Musical Director of jazz a cappella group, The Oxford Gargoyles. 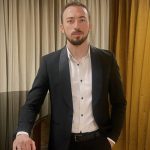 Ignacio Cornejo, Bass
Ignacio Cornejo is a Chilean singer based in Madrid, Spain. He started his musical education (violin) at 11 years old, taking his Bachelors Degree in Classical Singing at the University of Chile. He received a scholarship from the “Capella de Ministrers” and “Cantoria” to take the course on “Interpretation of ancient music from oral tradition and score, and religious repertoire in peninsular languages of the Renaissance and early Baroque”. He has sung as chorister and soloist in the Youth Choir of the Municipal Theatre of Santiago, Municipal Theatre of Las Condes (Chile), The Saint Francis Choir (EEUU),La Capilla Real de Madrid, Handel Oratorio Society (Spain). Nowadays he’s part of the RTVE Chorus. 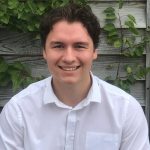 Charlie Epps, Bass
Charlie is now in his final year studying English at Lincoln College, having joined the choir there in Michaelmas 2021. At 13, when he landed a part in a school production of The Phantom of the Opera, he began devoting more energy to singing. It was in sixth form, while rehearsing for the roles of Javert in Les Misérables and Tony in West Side Story, that he became enamoured with the choral music of Bach. Gaining confidence in his bass-baritone range, he took on the aria “Mache dich, mein Herze, rein” for his A-level music recital. At twenty, he sees Bach’s work as a cornerstone to building his vocal repertoire, and this project as a unique opportunity for technical and artistic growth. 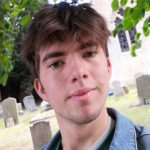 Ben Gilchrist, Bass
Ben is a 19 year old Bass who has just taken up a choral scholarship from Queen’s College Oxford, where he will be studying English and Classics. Over the past year Ben has sung with Gloucester Cathedral choir, as well as pursuing solo opportunities in opera roles and recitals throughout his hometown of Cheltenham.