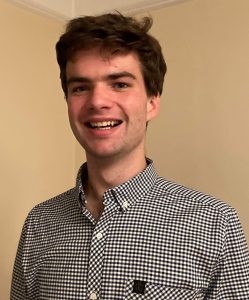 Dan Gilchrist is a baritone from Cheltenham, Gloucestershire. Until recently he studied at Gonville and Caius College, Cambridge, where he received an invigorating choral education at the hands of Geoffrey Webber and Paul Brough, which was followed by a year in the choir of King’s College under the imposing direction of Daniel Hyde. He is also a composer especially of choral, vocal and chamber music. His teacher is Robert Rice.