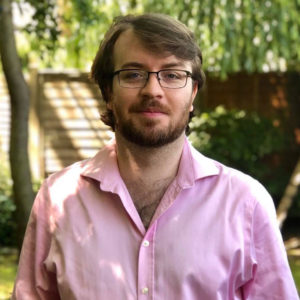 Originally from Devon, Richard is a recent graduate of the University of Oxford, where he studied music at Magdalen College. His passion for singing developed fairly recently, near the end of his degree, when he took up a position in the choir at Magdalen, where he will this year sing as a Lay Clerk in combination with the Oxford Bach Soloists Scholarship. Richard currently studies with Giles Underwood, and recent solo performances include Stainer’s Crucifixion, Bach’s D major Magnificat, and recitals of the songs of Finzi.