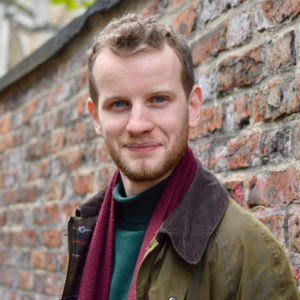 Tom started singing at the age of eight as a Canterbury Cathedral chorister. After dropping several octaves, he went on to become a Bass in the Choirs of New College and York Minster. Having read Music at Oxford and completed his master’s degree in Solo-Voice Ensemble Singing at the University of York, Tom is now a Lay Clerk at Christ Church Cathedral, Oxford, and studies singing with Alex Ashworth at the Royal Academy of Music. He regularly appears on the opera stage and as a concert soloist, and has performed with some of the foremost vocal ensembles in the country, including I Fagiolini and The Tallis Scholars.