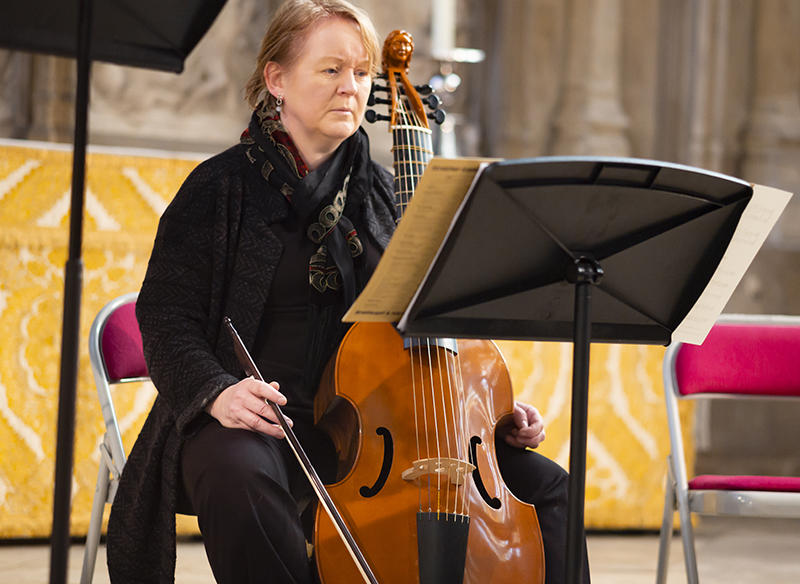 Find out more about some of the instruments played by our ensemble in our new series, Bach’s Band. Our latest newsletter is by Susie Heinrich on the viola da gamba!

What are the essential features and sound of the viola da gamba?

From a broad evolutionary perspective, the Viola da Gamba bridges ethnic bowed instruments such as the Gadulka (Bulgaria), Er-Hu (China), Lyra (Crete), Kamancha (Persia) and Sarangi (India), with the modern Double Bass. There are similarities in construction (flat back) and handling (underhand bowing – at least for Viennese Double Bass players).

It also connects its Middle & Far Eastern origins with the lute/oud, which we can see in the number of strings, tuning and the presence of frets. These are not, as many suspect, to make finding the notes easier, but they act as mini bridges which help the string resonate more freely, creating a sound closer to playing an open string.

Because the back is usually flat the instrument does not project as well as an instrument constructed for use in big concert halls. You get a sweet sound that is a bit reedy (gut strings) and melancholy, just right for what it was originally intended: private music for personal or royal consumption. The viol also comes in different sizes, like recorders.

How has the viola da gamba evolved since the Baroque era?

In the early days of the Early Music revival (1930s-1960s) some attempts were made to create an ‘improved’ version, such as using steel strings or adding more frets. But these ideas gave way over time to a desire to build instruments as true to the original as possible, which has now been achieved extremely well. Having really good gut strings again these days has helped enormously, too. The only invention that has brought the viol into the modern world is the Ruby Gamba which offers a very worthwhile new angle to be explored. 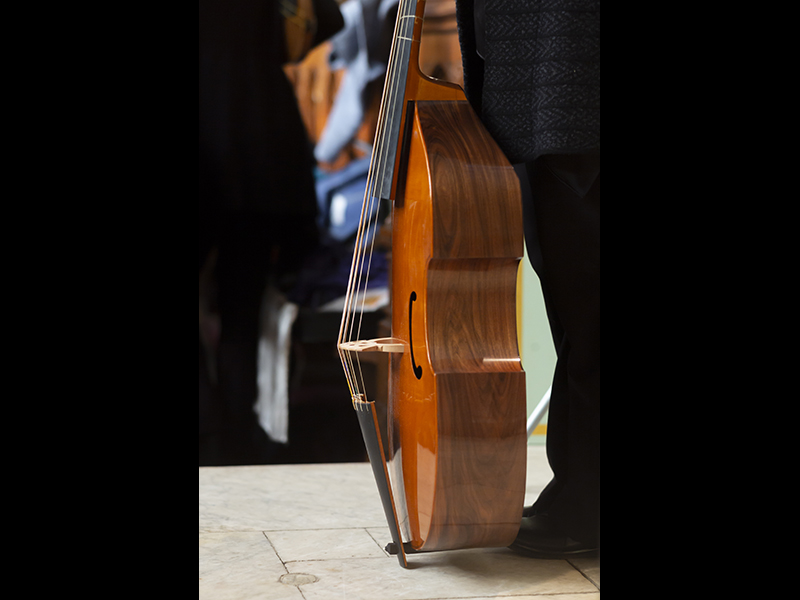 How did Bach write for the viola da gamba?

Bach always managed to use the viol in a context that suits the expressive and subtle nature of the instrument. He often asks for it in a funeral context (including in the Passions), exploiting the sombre sound, and he frequently pairs it with equally soft and nuanced instruments, such as the Viola d’amore, the recorder or oboe. The writing is usually very idiomatic, although there are moments in the more difficult pieces that would have perhaps been handled differently by a composer-player.

What are the biggest challenges as a viola da gamba player when performing Bach’s repertoire?

I think it is fully understanding the effect achieved through sound combinations and context. What effect was he after, giving the viol only two pieces in the 2.5hr-long Matthew Passion? What did he want to hear when he wrote the three Sonatas for Viola da Gamba and Harpsichord? The clue may just be in his Cantatas and Passions: Pairing the viol with Viola d’amores plus a virtuosic split-personality vocal tenor part (St John Passion, Erwaege) gives the viol the role of mediator, the supportive sensible person who calms the emotional waves of guilt, and adds colour to the rainbow of bloody wounds.

It helps Simon carry Christ’s cross (St Matthew Passion, Komm susses Kreuz) with optimistic piety and challenging leaps and jumps, like someone stumbling, yearning for absolution through helping someone with a hard task that leads to the inevitable for the good of all believers. Its mellow sound (paired with a second viol and two recorders) is both optimistic and sad in Actus Tragicus (BWV106), providing peaceful reassurance for the inevitability of our own deaths. It grieves with Christ accepting his fate on the cross (St John Passion, Es ist Vollbracht). Its role is usually the helping hand, the understanding mother figure, the wise old uncle who has seen it all and is not afraid of death. 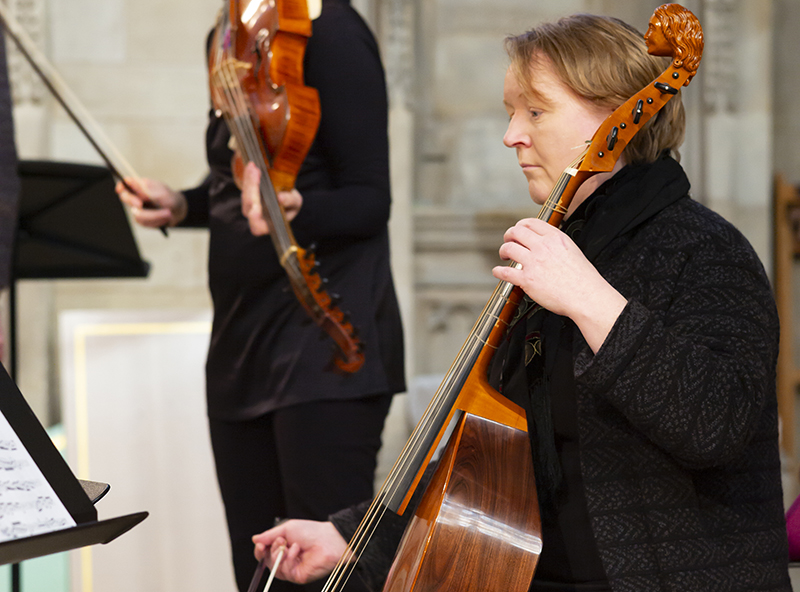 The musicianship of everyone, coming together to create approachable and beautiful high-quality music. The wonderful settings in Oxford’s venues, and seeing so many young people consistently performing at such high level that Oxford should be very proud of having this group that combines the instrumental and vocal so effectively.