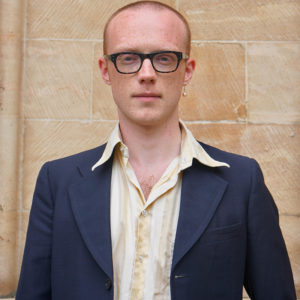 James Adams was born in London, where he started singing as a treble in the choir of St Margaret’s Church, Westminster. In 2014 he became a choral scholar and then Lay Clerk with the Choir of St John’s College, Cambridge, while pursuing an undergraduate and master’s degree in Philosophy; there he performed a wide range of choral repertoire, including termly performances of Bach’s cantatas. International tours have taken him to Hong Kong, Singapore, the United States, and countries across Europe. Outside the choir, James has performed extensively with the Cambridge University Opera Society, where roles included Snug in Britten’s A Midsummer Night’s Dream, and Nick Shadow in Stravinsky’s The Rake’s Progress.