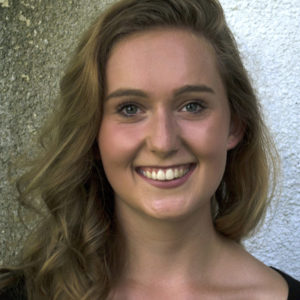 After completing a Bmus in Classical Voice Performance at McGill University in Montreal, Canada, Emily Brown Gibson moved to Oxford to complete an Mst in Music at Lady Margaret Hall. While completing her degree, Emily performed with the opera company New Chamber Opera on several occasions, including singing the role of Anne Trulove in Stravinsky’s The Rake’s Progress, well as Galatea in Handel’s Acis and Galatea. She was also the soprano soloist in their summer oratorio of J.S. Bach’s Peasant Cantata and Coffee Cantata. After completing her degree at Oxford, she continued to perform in operas and oratorios including performing the role of Griletta in Haydn’s Lo Speziale, Romilda in Handel’s Serse, performing as the Soprano Vocalist in Steve Reich’s The Cave, and performing the soprano solo in Mozart’s Exsultate Jubilate.