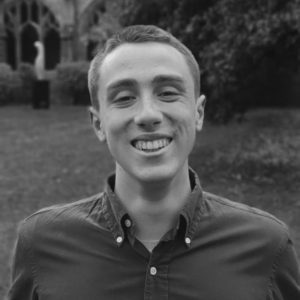 Filippo was a pupil at Cardinal Vaughan Memorial School where he held a Music Scholarship, and sang in the Schola Cantorum. As a treble, he took part in over 70 performances at the Royal Opera House and, as a bass, has taken masterclasses with Iestyn Davies, Andrew Staples, Stephen Langridge and Andreas Scholl. He is now an Academical Clerk at New College, studying with Bronwen Mills. Recent solo performances include Mozart’s Requiem with Lincoln College Choir and Bach’s Cantatas 82 and 170 with the Wykeham Consort. He sings with the Oxford Bach Soloists and New Chamber Opera.