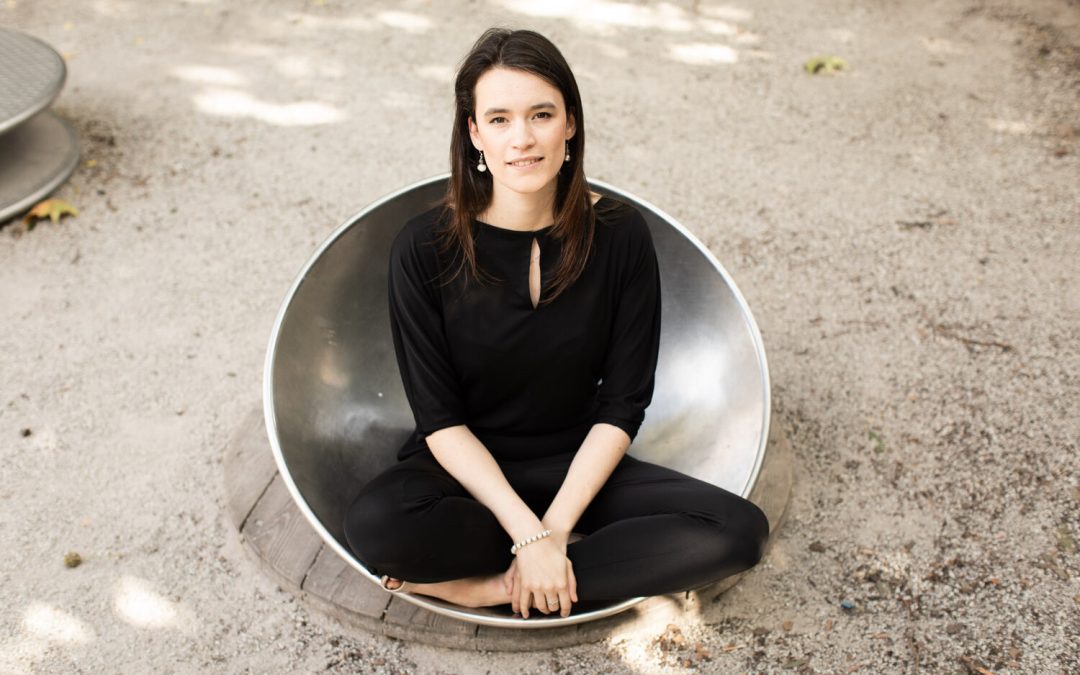 Acclaimed for her musical interpretation, presence and “warmly distinctive tone” (The Telegraph), Helen Charlston is quickly cementing herself as a key performer in the next generation of British singers. I asked her about her ‘Bach journey’ so far…

1. What was your first encounter with OBS?

I had the joy of encountering OBS for the first time for a concert in Bath in August 2019. It was a brilliantly varied programme that celebrated 1000 years of the Baroque in which I got to sing some of my all time favourite moments including Handel Eternal Source of Light Divine, as well as discovering the gem that is Scarlatti’s Salve Regina, which I hadn’t sung before. There was Bach too (of course!) and it was a great way to get to know the team in such a varied programme.

2. How has the pandemic affected you?

It’s a strange thing to talk about now, because in a way I think the changes of the last 2 years have created a lot of change in my work life that I am grateful for. Whilst initially the loss of music to life was really tough, following that period of mourning I found myself in a space that allowed me to build on some creative challenges and ideas I had been sitting on for a while. I have the fortune to live with one of my favourite musicians (and partner) and he and I worked together to commission 15 new songs which became the Isolation Songbook. We performed these songs in a livestream concert in 2020 and have since recorded them for Delphian records. They are a really special record of such a strange time and I am so glad that they exist (which certainly they wouldn’t have done without the pandemic!) If you’d like to hear some of these songs live, I’ll be singing 4 of them at Wigmore Hall on 20th March, in my debut solo recital.

3. What do you love most about Bach’s music?

Cantata 106 is a great example of Bach’s creativity and ease of playing around with expectation and convention. The instruments you will see in this concert will be a little less like the usual OBS set up, but his choices are full of meaning and allow us to be taken to a whole different world. Viols and Recorders take centre stage from the open notes of the Sonatina. In fact this opening movement to Actus Tragicus is one of my favourite bits of music ever. The Sonatina is perfect example of Bach’s genius in miniature form, the interweaving ideas are bewitching and once you get to know this piece you’ll be hooked!

Here’s a taster to get you going in a perfect piano arrangement by György Kurtág played by him and his wife Marta. 2.5 mins of perfection.

4. What are the challenges?

It is often said that Bach’s writing is very instrumental, as opposed to being vocal in anyway, but I am not sure I buy this (or certainly not the sometimes implied negative side of this!). I think some of the music Bach writes for my voice part is extraordinarily vocal and has over the years taught me alot about my voice and how to sing. Of course as an alto I get some of the most wonderful moments of Bach – he clearly had some amazing altos around, just think of the arias in the Matthew Passion, B Minor Mass, let alone the numerous solo Cantatas. Clearly it was a voice type that had a special place in his musical language.

5. What do you look forward to most over the coming year?

It’s so good to be joining OBS a number of times over the year for their series of Cantatas. I’m very lucky that Bach forms quite a bit part of my yearly calendar, and this year will see lots of Matthew and John Passions at Easter but it’s also nice to know there are still unknown (to me) Cantatas to be explored with OBS.

I am also a BBC New Generation Artist so I’m looking forward to a host of exciting recitals this year with pianists including Kunal Lahiry, Joseph Middleton and Sholto Kynoch, and I have a new CD ‘Battle Cry’ coming out on on Delphian Records on 27th May with Theorbo player Toby Carr. Most of all, I’m looking forward finally getting married this summer! My partner and I, Michael, were due to get married in April 2020 so it’s been a long time coming… Now that we’ve managed to reorganise that it feels like a marker for us that we are coming out of some of the darkness of the last 2 years and moving forward.

Helen joins the OBS on 6th March 2022 to sing Cantata 106 ’Actus Tragicus’ which is being performed alongside Brandenburg Concerto No. 6