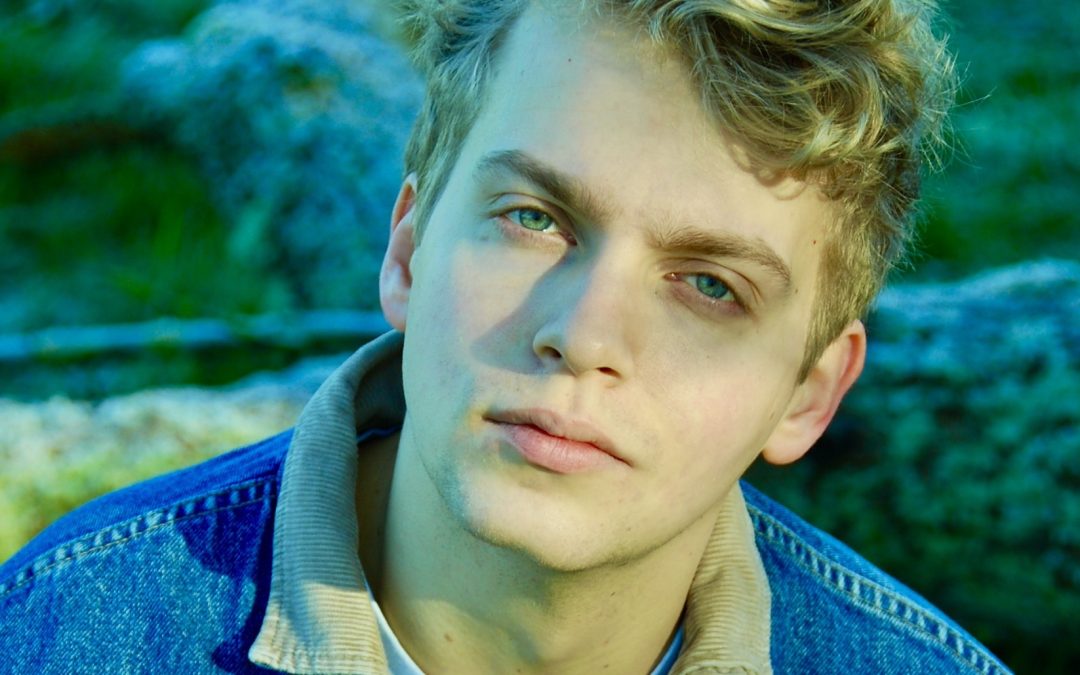 Winner of the 2021 Kathleen Ferrier Award, Hugh Cutting is the first countertenor to do so. Having started his singing career as a chorister at New College, Oxford, he became a choral scholar at St John’s College, Cambridge, and is now a member of the Royal College of Music International Opera Studio. I asked him about his ‘Bach journey’ so far…

1. What was your first encounter with OBS?

I remember the fledgling days of this ensemble, happily! When I was a teenager I would sing regularly at St Michael at the North Gate church on Sunday mornings, and I remember Tom setting up more and more Bach cantata concerts alongside the powerhouse performances of usual suspects like the St John Passion and B Minor Mass. OBS really took off whilst I was away at university, but I’ve always been linked to the ensemble via my dad who often plays with the band. It’s been such a joy to see how this Bach infrastructure has been set up in Oxford!

2. How has the pandemic affected you?

To be honest, I was very lucky to be still in my masters course at Music college when the pandemic hit, and as a result was very much protected from the impact the virus had on lost work as I hadn’t really started working quite yet anyway. Whilst my course at the College was interrupted, the lockdowns served as times to step off the treadmill a bit and re-evaluate what I was doing / what I wanted to do with my singing. Funnily enough, I used some of the time to get to grips with Bach’s solo alto cantatas, so it’s really nice that I’m now booked to perform one of these, BWV 35 Geist und Seele wird verwirret (Spirit and soul become bewildered), with OBS on 6 February 2022. I also took up mediocre origami in the lockdown, though I suspect professional opportunities to use those skills will be more sparse going forward.

Now, the pandemic is perhaps at its most difficult stage for me personally as I have been touring Handel’s ‘Partenope’ around Europe with Les Arts Florissants recently, and navigating all of the various documents, testing and logistics of that has been a nightmare, to be honest, particularly as there are no covers in the case of illness. But it’s a lovely scheme, I’m very privileged to be doing it at all! So that’s the kind of thing to remember through all of this.

3. What do you love most about Bach’s music?

More recently, I’ve really enjoyed the balancing act involved in singing Bach; it’s both extremely expressive and human whilst requiring a lot of technical dexterity. And in terms of that ‘technique’, you have to really consider how best to bring the vocal line to the audience/congregation. Many figures in BWV 35 are, for example, pretty angular, so you have to make the voice light and agile enough to be able to pull off those sections without it sounding messy, or over-sung. I wouldn’t say it’s as ‘vocal’ as other, more bel canto-friendly composers (like Handel, or later on, Mozart), so you have to work out exactly what you’re aiming for. It’s often very intricate writing, so a heightened sense of melodic line is probably useful to strive for, I guess. I am really enjoying that challenge at the moment, the challenge of marrying a clear and agile line whilst bringing the humanity and expressiveness that Bach’s work demands.

4. What are the challenges?

Recently, the challenge for me has been simultaneously working on Bach whilst singing a lot of opera. I’ve spoken above about the balancing act, as I see it, of Bach singing; compared to much of the Handel opera that I’m doing at the moment, I really have to think much more as part of the ensemble when singing Bach. Where operatic performance has a tendency to be overblown with a large emphasis on being able to make the voice carry over an orchestra to the back of a theatre, singing Bach always feels a lot more integrated in terms of soloist WITH the ensemble, rather than soloist PLUS orchestra. Basically, the vocal line has to be considered one of the ensemble lines, like a violin – a violin that speaks the text which then informs where the music goes.

5. How is OBS different from other ensembles?

OBS has a wonderful momentum behind it; Tom’s vision to get all of Bach’s cantatas performed is an intriguing one because it focuses on process rather than product. Where other ensembles look at individual concerts, OBS is concerned with a sort of ‘duty’ which is to go through the motions of preparing the music, performing it, and then moving on to the next big chunk of work for the coming weeks/months. I think it’s very easy for groups to be too specific, too bogged down in small details with repertoire that it actually takes away from the broader experience of working on the music. In contrast, thanks to OBS’s process-oriented outlook, the broader picture is somehow kept in view, and I suppose that broader picture is the perpetually moving Lutheran year in which these works have their specific place and function. Keeping that in mind allows you to remember the works’ significances, and maybe makes it easier to take yourself and your ego out of the singing. In essence, it’s not about you, but about something much bigger than any of the performers.