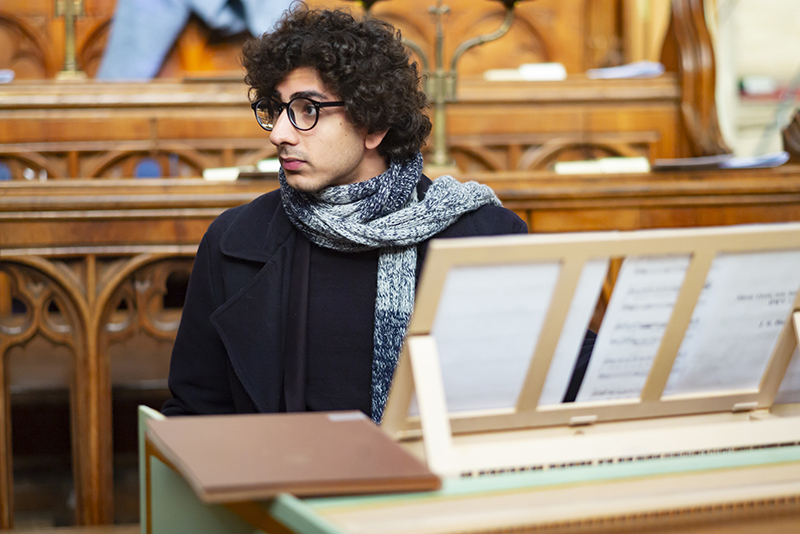 Find out more about some of the instruments played by our ensemble in our new series, Bach’s Band. Our latest newsletter is by Anhad Arora on the harpsichord!

What are the essential features and sound of the harpsichord?

The harpsichord is a member of an extended family of plucked keyboard instruments, including virginals, spinets, ottavini and the Lautenwerck, bound by a common mechanical principle. Quill or plastic plectra pluck strings whose resultant vibrations are amplified by a wooden case used as both frame and soundboard.

Due to its fixed plucked action and unlike other keyboard instruments using tangent (hammer) mechanical systems, such as the clavichord, fortepiano or modern piano, the harpsichord cannot render dynamic contrast. It is precisely this supposed ‘defect’ that contributes to the harpsichord’s distinctive sound: a rippling stream of individual notes that combine to create dynamic gestures moving from one end of the keyboard to the other. 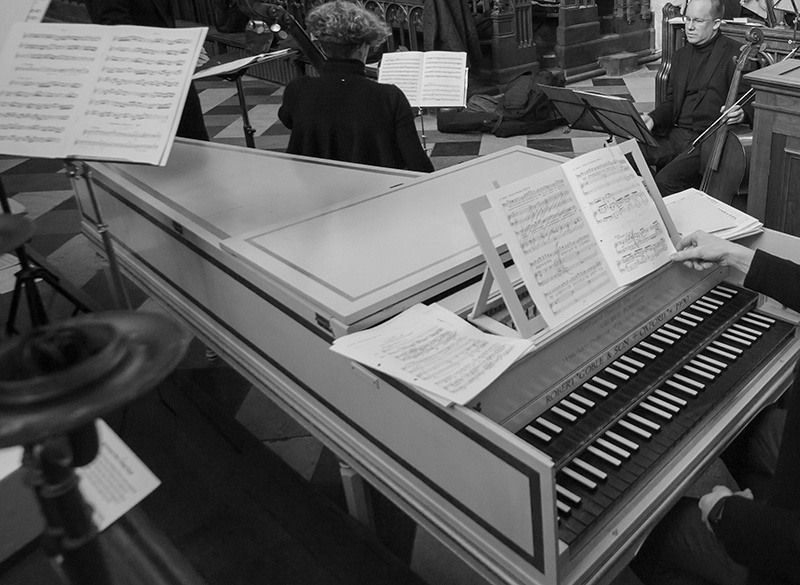 How did Bach write for the harpsichord?

Bach, in the manner of most of his contemporaries, accorded the harpsichord two roles. The first was as a solo instrument, for which he composed a vast corpus of works, such as the English Suites, Partitas, Goldberg Variations and the Well-tempered Clavier. Thoroughly cosmopolitan in complexion, these solo keyboard works reveal a composer who was sufficiently at ease to manipulate contemporaneous notions of taste, style, and virtuosity.

In functional relation to the harpsichord’s soloistic role, was its practical application as continuo instrument, an essential – if not always perceptible – accompaniment to the solo melodic line or orchestral texture. Both media provided Bach with effective vehicles to demonstrate his prodigious talent at the keyboard. Bach’s virtuosic style pervaded his writing for keyboard continuo just as much as the schematic and logical method of his most densely contrapuntal cantata movements infected his solo writing.

What are the biggest challenges as a harpsichordist when performing Bach’s continuo lines?

Well, playing the correct notes! More seriously, though, the toughest challenge of performing Bach’s continuo lines is translating the clumps of numbers into comprehensible sound. Bach, unlike Handel, for example, was unusually rigorous in his bass-figuring. On occasion, Bach’s numbering is so explicit as to allow for only a few permissible realisations of a given bass-line. The solo literature, on the other hand, presents an entirely different set of technical challenges for the performer. 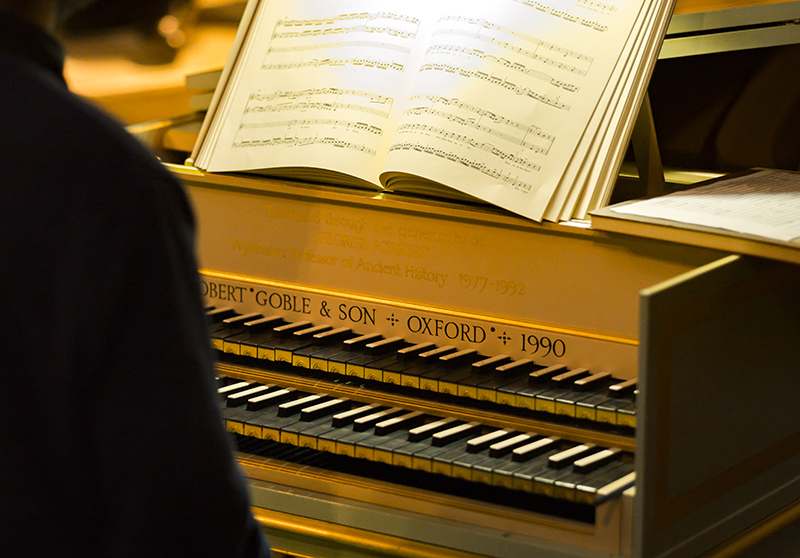 To have the opportunity to play Bach’s cantatas is an immense privilege. The intricacy of the contrapuntal writing, the patterned invention of the melodies and the depth of craft displayed in each of the cantata movements – from the most functional recitative to the most expressive aria – is a constant source of pleasure, both in performance and rehearsal.

The fact that I am lucky enough to work with and learn from such an inspirational band of musicians and singers makes the OBS experience all the more worthwhile.