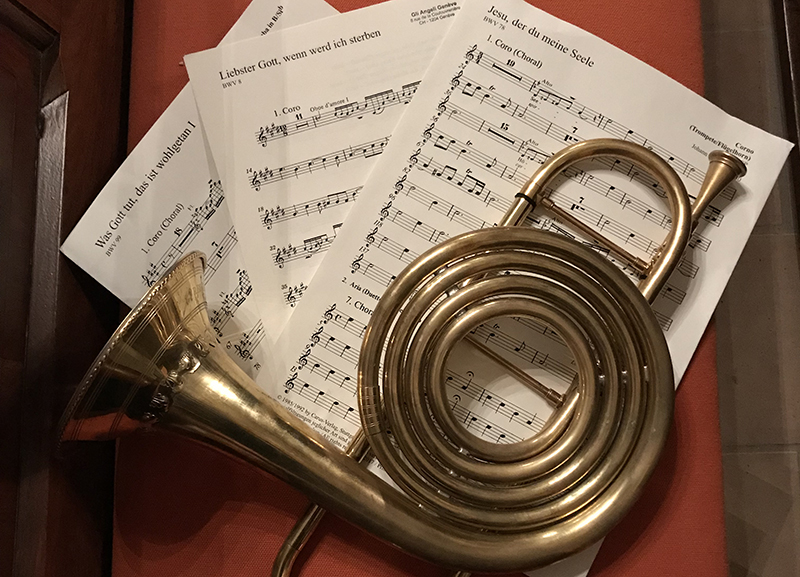 Find out more about some of the instruments played by our ensemble in our new series, Bach’s Band. Our latest newsletter is by Anneke Scott on the horn!

What are the essential features and sound of the horn?

Whenever I think of the horn of Bach’s time, the lines of Johann Mattheson in his Neu-Eröffnete Orchestre (1713) spring to mind: “The beloved, pompous Waldhörner . . . have now come into vogue with respect to sacred, dramatic, and chamber music, partly because they are not so rough in nature as the trumpets and partly because they are able to be played with more facility. . . . They also sound fuller and fill in better than the deafening and screaming Clarini.”

How has the horn evolved since the Baroque era?

The instrument has changed greatly. During the 18th century the instrument went from being essentially a hunting horn played with the bell in the air to an instrument known today as a hand horn, the bell was brought down to the side of the body, the hand inserted into the bell in order to create chromatic notes and with that the players and composers didn’t have to rely on the super high range of the instrument.

The instrument became more mellow, but very versatile; this was the period in which Mozart wrote his concerti for the instrument. In the beginning of the 19th century the valve was invented and over the course of the century various countries developed their own schools of approach to the valve. The Austro-Germans gravitated towards the rotary valve (the design still used today) whilst up until relatively recently France and the UK used piston valves (the type of valve you normally see on trumpets today). But like any development, acceptance of the valve came in fits and starts. 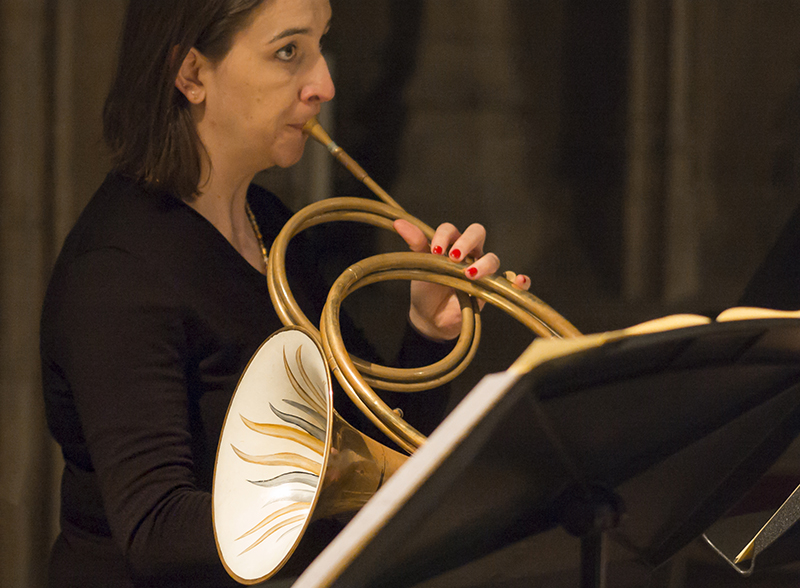 How did Bach write for the horn?

Normally Bach writes for horns in pairs and normally in the keys of F, D or G. The typical writing for the horns can be heard in pieces like part IV of Weihnachts-Oratorium or the first Brandenburg Concerto. Normally the writing is quite florid, with lots of running passage work in the highest register of the instrument. Or we playfanfare material, so very triadic and redolent of the hunt. The horns rarely escape the hunt idiom, so we get lots of music in 6/8, a popular time signature for hunt calls.

For Bach and his peers instruments had strong associations. The horn was often used as a sonic symbol of virtue and honour. This symbolism is clear in a work as unique as the Mass in B minor. Bach writes a stunning movement for the combination of bass singer, two bassoons and horn. It’s not accidental that he writes for the horn in this movement given the symbolism of the instrument. A nice touch is that this movement is a polacca or a polonaise, a dance associated with Poland, and Bach dedicates the work to the King of Poland who was a lover of the sound of the horns.

Bach also has left us horn players a bit of a conundrum. He also writes for a mysterious instrument called the “corno da tirarsi”. No such instrument appears to have survived so we have to extrapolate from the music what it might have been. Unlike the standard horn of the time, which normally hunts in pairs, the corno da tirasi appears alone. Often it is used to underpin the soprano voices in chorales or it has ornate obligatos. The “da tirasi” part of the name suggests that it has a slide. The instrument I’m using for these works is a recent hypothesis developed by my colleague, the horn player Olivier Pichon with the Swiss firm of brass instrument makers, Egger. 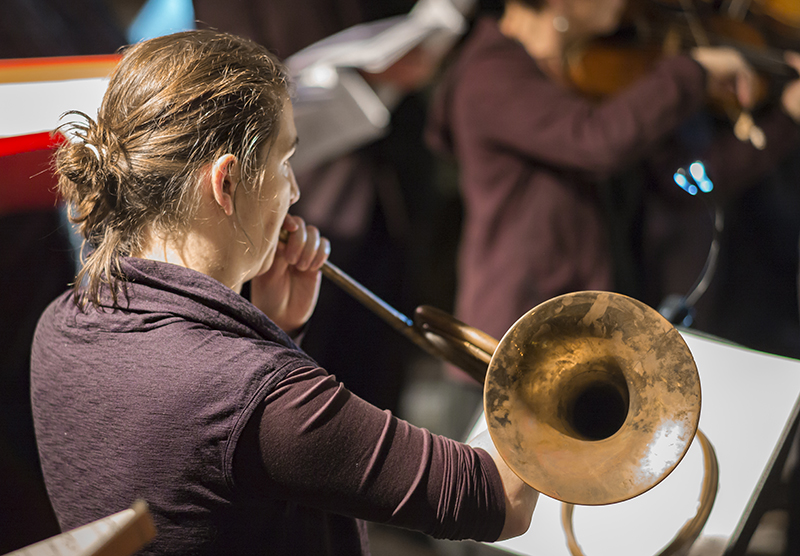 What are the biggest challenges as a horn player when performing Bach’s repertoire?

It’s such a WONDERFUL opportunity to play Bach’s cantatas in sequence. In particular it’s great to have the opportunity to play these tirasi works as quite often there is a bit of a fudge with them as it’s possible to manipulate the normal baroque horn to play them, but it’s a deeply unsatisfactory experience. Also it’s great how OBS are supporting young musicians through the choral scholarships – these opportunities are really crucial for developing young musicians’ careers.