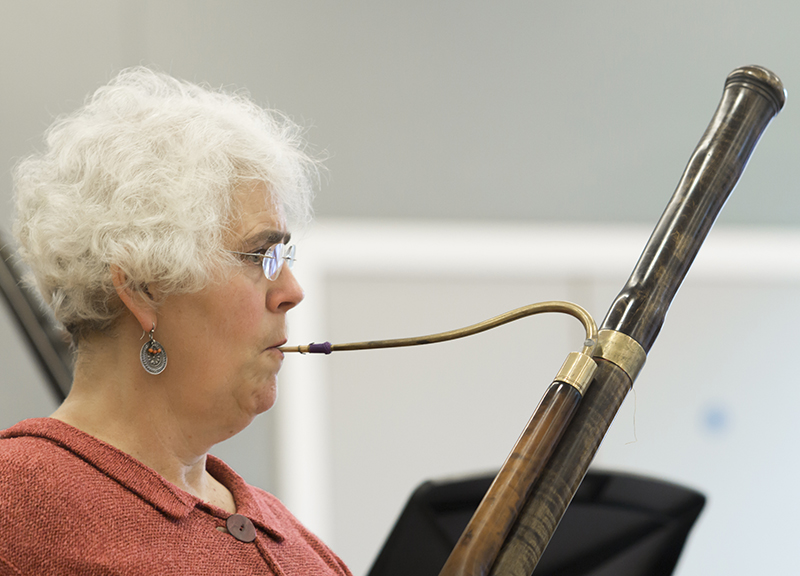 Find out more about some of the instruments played by our ensemble in our new series, Bach’s Band. Our latest newsletter is by Noel Rainbird on the bassoon!

What are the essential features and sound of the bassoon?

The bassoon evolved from the dulcian over several decades from the late 17th century. Both instruments are played with a double reed on the end of a crook, and both have a u-shaped conical bore with holes drilled at an angle. The dulcian, though, is made from a single piece of wood, whereas the bassoon has 4 joints.

This development enabled the machining of the bore and finger holes to become more accurate, resulting in a more even, mellow sound and less wayward tuning. With the addition of extra keys, the baroque bassoon has a bigger range than the dulcian. As composers came to realise what this new instrument could do, music written for the bassoon became more demanding, reflecting the instrument’s new versatility and relative flexibility.

How has the bassoon evolved since the Baroque era?

The development of the bassoon largely followed the requirements made of it by composers who required more virtuosity from both orchestral players and soloists. It was only in the classical period that the bassoon was given independent orchestral parts. Just as with other woodwind instruments, the bore of the instrument became narrower which makes the sound less broad and more focused. In the early 19th century, Almenraeder sought to improve the instrument’s intonation, range and response by augmenting and reworking the keywork. As both orchestras and concert halls became bigger, so instruments had to respond to be able to manage the new conditions. 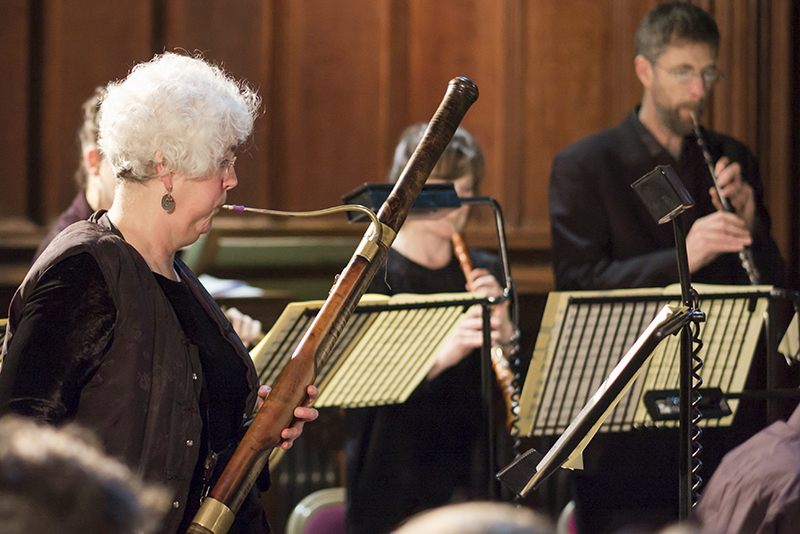 How did Bach write for the bassoon?

The baroque bassoon is primarily a continuo instrument, supporting the bass line of the orchestra with the cello and double bass. It rarely has an independent part and is often used to colour the bass line, especially when oboes are playing. But we do have our moments! The B Minor Mass has an amazing aria, ‘Quoniam’ for solo bass, solo horn and a pair of solo bassoons, with the first bassoon playing right up high to the limits of the instrument.

The 1st Orchestral Suite demands as much from the bassoonist as the 2 oboists, and the cantatas can surprise with an unexpected solo obligato line.

What are the biggest challenges as a bassoonist when performing Bach’s repertoire?

The challenges are twofold: Bach writes varied, inventive and often technically difficult bass lines, requiring huge flexibility and lots of practice. You have to be fluent playing in every key, as well as having sufficient stamina to keep playing very long movements; unlike string players, bassoonists do have to breathe occasionally in order to keep going!

There is also huge skill in listening to and blending with the other bass line instruments, both in quality of sound and intonation. It helps enormously to play regularly with other players: the better you know each other’s playing, the better the combined sound. 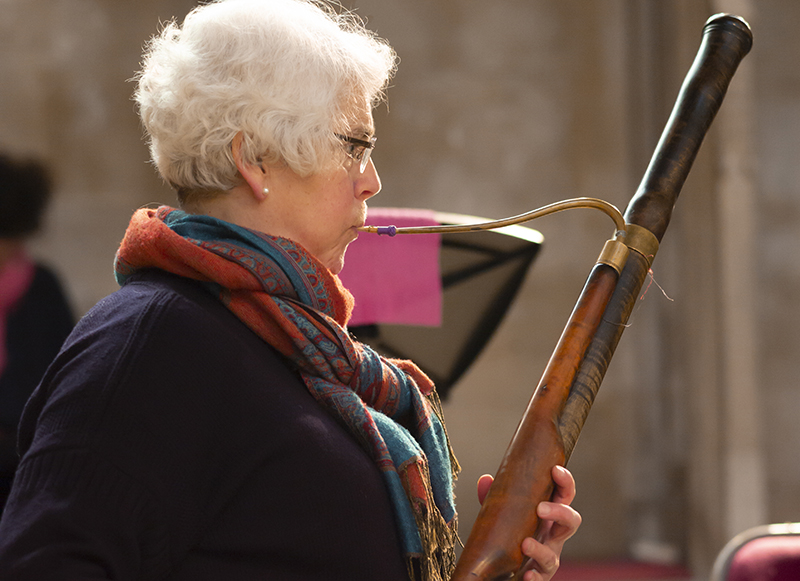 The music is sublime, and never ceases to amaze in its beauty and ingenuity. Some of it is heart-achingly beautiful and the chance to hear it ‘from the inside’, sitting in the midst of the orchestra is wonderful and a privilege. To do this on my home turf with friends old and new just adds to the joy.