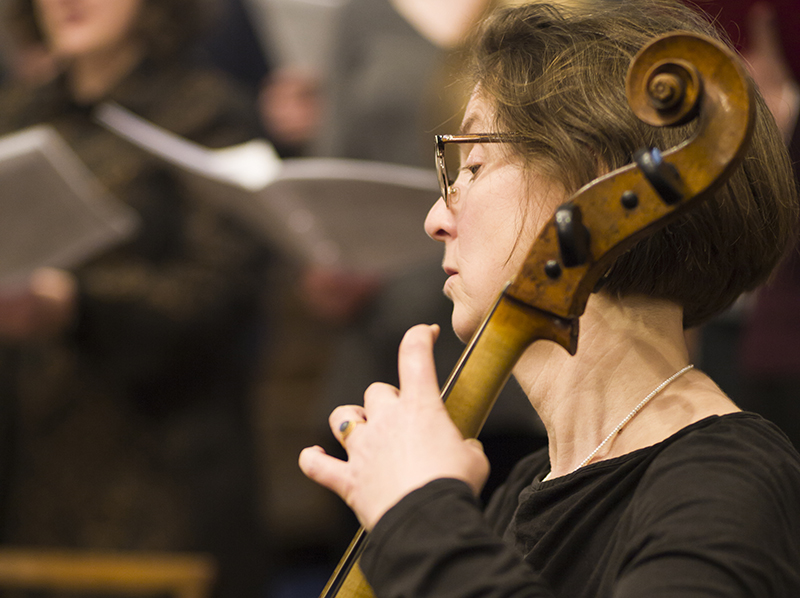 Find out more about some of the instruments played by our ensemble in our new series, Bach’s Band. Our latest newsletter is by Gabriel Amherst on the cello!

What are the essential features and sound of the cello?

The cello covers the full range of the human voice, approximately from bass to treble, and above treble if you go right to the highest point on the fingerboard. Its tone can be vocal, mellow, soulful, but also gritty. Depending on the music, the player and the instrument, the upper register can sometimes sing and sometimes be quite piercing. It is often hard to distinguish the higher notes from a viola or even a violin.

How has the cello evolved since the Baroque era?

The most noticeable evolutionary change is the addition of the endpin which came into use in the 19th century. As with the violin, greater string tension from the late 18th century required an adjustment to the angle of the neck and also a longer fingerboard. My ‘modern’ cello was made in 1700 but the neck is later. MyBaroque cello was made in 1735 and had the later neck and fingerboard altered back to a more vertical angle, and the fingerboard shortened.

The internal bass bar is also different to support the greater tension of metal strings. Baroque strings are made of animal gut, with metal winding on the C string and sometimes the G. The Baroque bow has a greater arc and the sound of the bow stroke tapers. The later ‘Tourte’ bow was developed to create a more sustained sound thus being able to create longer lines. We find broader phrases in the early works of Beethoven, composed around 1800. 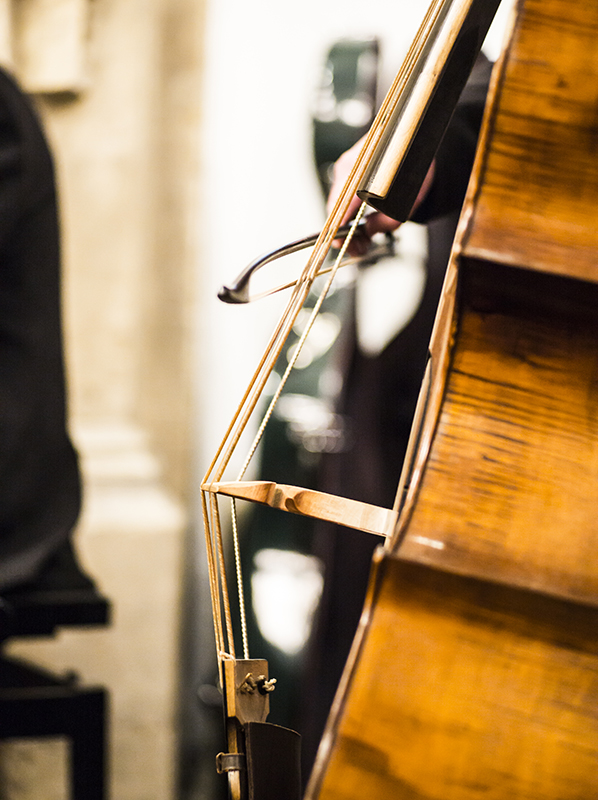 How did Bach write for the cello?

Bach’s music for the cello is hugely varied. The writing in the 6 Suites is highly complex, where he created a contrapuntal texture, and requires a great deal of left-hand work and string crossing. Conversely, there are the spare and simple bass lines in the recitatives of the sacred works, where the cello is part of the continuo, indicating harmony and text.

The role of the cello is constantly changing: sometimes as a solo accompanying instrument with a voice, or sometimes with a bass line that duets with another obbligato instrument and vocal part. There are also some cantatas written for ‘piccolo’ cello which has an E string. If playing on a normal 4 stringed cello the player has to be prepared to venture to the end of the fingerboard! Much of the time the cello stays on the bass line, sharing the line with keyboard and double bass which is usually an octave below the cello.

What are the biggest challenges as a cellist when performing Bach’s repertoire?

There are the usual challenges which beset all string players (to play in tune and make a good sound!). With Bach’s sacred works there is the added challenge of finding a balance between playing as soloist and serving the music and the text with appropriate understanding and sensitivity. Recitatives are notated and barred as normal, but are often sung freely and dramatically. The continuo team of cello and keyboard needs to be constantly alert to the twists and turns taken by the vocal soloist as well as have an understanding of the harmonic narrative that underlines the text, using the bow to add colour, shape and punctuation. 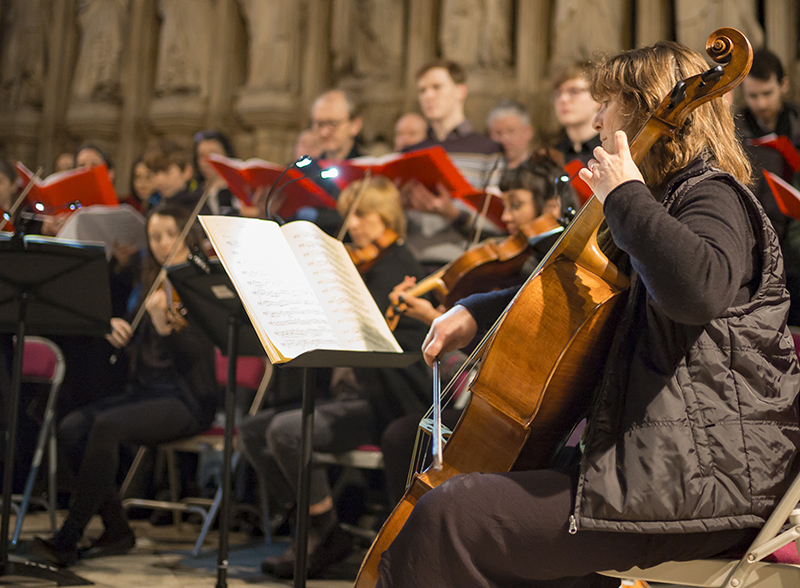 So many things! I particularly like the mixed ages of the ensemble, both singers and players. Recently I was accompanying a tenor soloist who had been a cello pupil of mine a few years ago. That was a really nice thing to do. I have worked with some of the players in other ensembles over the years so feel very much at home working alongside them. I like the fact that there is a shared musical understanding which has evolved since the inception of OBS. I am also very conscious of sharing a musical journey with both performers and audience, many of whom come regularly to concerts, and this is something rare and special.